That was the time when the art and architecture was at its peak.

Then the king told, "Start the research and let me know after one year.".
The king funded for research work and the scientists started their job.


Base tantra of the temple...Octagon... 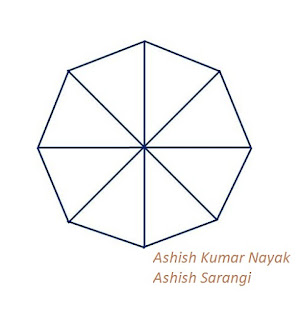 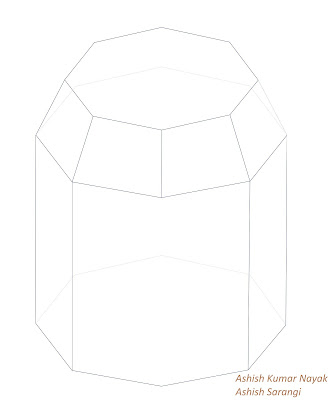 Position of the magnets and the idol/statue:- A powerful magnet was placed on the ground and another equally powerful magnet at the top with the opposite poles of the magnets facing each other. The idol/statue was made up of iron stone. Due to the attractive force of the magnets, the idol remained floating in the air but it was not stable. So, Eight medium size magnets were placed on eight walls of the octagonal building. These eight magnets made the floating statue stable in one place in the air. 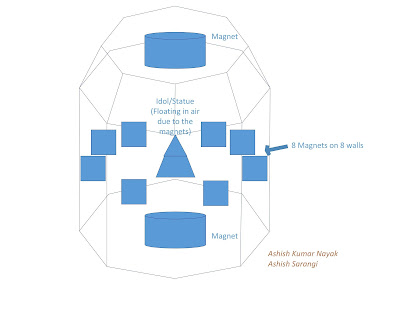 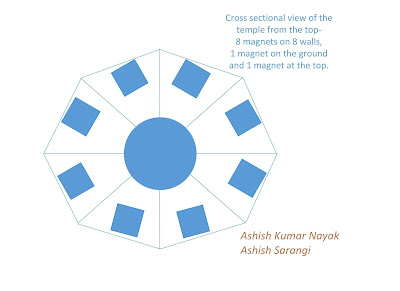 Cross sectional side view of the temple...
From the NataMandapa, there was the staircase connecting the main temple (Garbha Gruha).
And also, a bridge-like structure was made so that people can walk near the idol/statue as the statue was floating in the air.

And the temple was built.***

That was the time when the fate of Masaka kingdom was going to be drastically changed.
After 2000s of years long fight against invaders, Masaka came under foreign rule.

A folk tale is like this:- The temple was built near the sea. The foreign ships used to voyage near the coast. Due to the magnets in the temple, the compass did not show the correct direction to the sea sailors. So the foreigners decided to remove the magnets. They also did not face any opposition as Masaka was under foreign rule that time.

They 1st removed the eight medium sized magnets on the walls of the temple.
Then the powerful magnet on the ground was removed.
As a result, the idol/statue got attracted by the upper magnet and the sharp pointed portion of statue collided with it and developed cracks in it.

Then the idol/statue was tied with a rope and dragged to the ground slowly against the magnetic force and taken away. 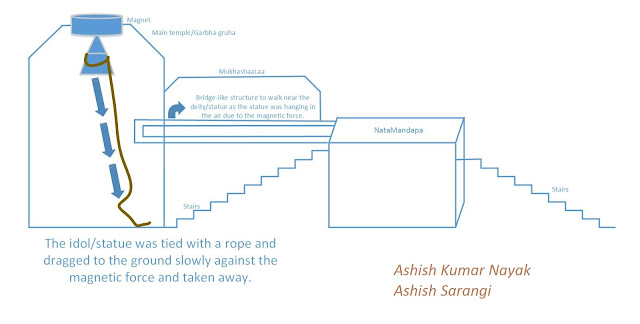 Then sharp/pointed iron blocks were placed on the ground which got attracted towards the magnet at the top and collided with it resulting the complete destruction of the magnet. 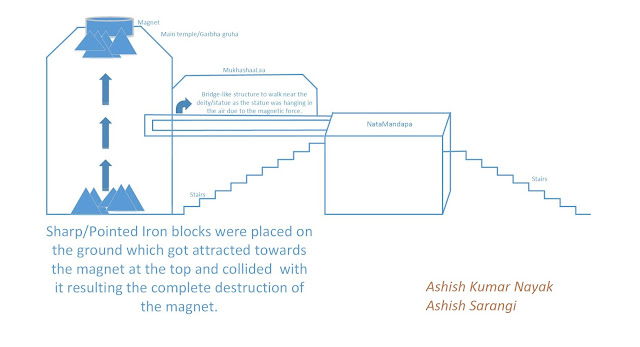 As the magnets were controlling the whole building and got removed, the temple walls started collapsing with time and the whole temple got destroyed.This is one story behind the destruction of the temple. There are multiple stories/legends too. No one is sure which story is a history. Anyhow, as many histories are HisStory, so finding the actual history is next to impossible.Note: This is a fiction which is inspired from a temple in Odisha. This blog does not speak anything about any proven history. But, whatever might the history be, if there is any research on the science behind the temple which is currently in ruins, then it will yield good results in future.Cheers,Ashish Kumar NayakAshish Sarangi
Read the Part-2 of The Magnet Temple here.->  https://ashishkumarnayakodisha.blogspot.com/2018/11/raaraa-20-magnet-temple-part-2.html

Posted by Ashish Kumar Nayak at 15:28